I don’t know about you, but as a busy mother of two children, two years apart, life was nothing short of insane when they were preschool and elementary school age.  That was absolutely the most chaotic time of my life. I was in graduate school for educational psychology while pregnant with my oldest child and held a Master’s Degree and a graduate student in the School Psychology program when I was pregnant with my second child.  In other words, I spent both of my pregnancies being drilled about theories related to parenting, education, psychology. The dangers of overusing and even abusing technology to substitute active parenting were interwoven throughout most, if not all, of my graduate courses.  As a pregnant mom, my plan was to incorporate all that I learned in school with all that I learned from reading every parenting book I could get my hands on. 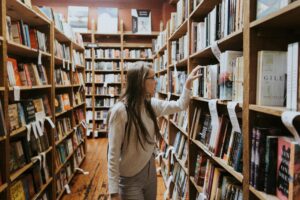 The first thing I learned as a new mom was that the make a plan and follow step-by-step method that worked so well when I was a single woman, would not work for my new family. I wasn’t used to catching so many curve balls at the same time.  I had not ever been aware of nor considered that real children, heck real life as a parent, seldom followed the play-by-play rules of the theories I’d previously studied. So, let’s be totally honest.  Like really, really honest. Most of us know that theoretically it is “not okay” to utilize technology as a babysitter for our children, right? Yet, most of us have thrown on the television on tablet or handed over the phone to our preschooler so we could toss in a load of laundry or put the finishing touch on dinner.  As long as we minimize screen time and put on something educational, no harm, no foul, right?

Wrong?! In the past few days there have been numerous reports of inappropriate videos geared toward children harming themselves or others circulating the internet.  As a result, parents have been reporting that children have been fearful of being alone and newly afraid of the dark. A character has even been developed as aid in a so-called “suicide challenge”, aimed at encouraging young children to take their own lives.

So, how do we keep our young children safe while utilizing technology?  Here are five tips for keeping your child safe on the internet:

Although I did allow my children to watch television or hold the iPad to watch educational shows, I was always in an earshot.  Parents are masters of multitasking, not necessarily by choice but I digress. This is no different. If you’re cooking in the kitchen, let them sit at the table so you can at least hear what they’re hearing. 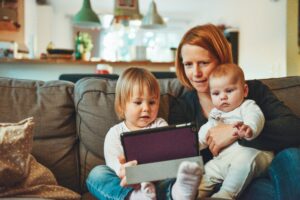 2. Preview what you’re letting them watch.

Kids love to watch the same movies over and over and over again.  They have every word memorized, as do you. No matter how annoying it may become to hear those cheesy songs, the upside is that we know that they’re safely watching images that we ’ve approved.  So suck it up and get ready to sing along.

3. Let them watch movies, not the internet.

The internet is ever-changing. One link can be replaced by another.  Links go up and links come down. It’s hard to catch up with what’s on the internet.  More importantly, it’s hard to know if the information we have is current and accurate.  One way to control what they watch is to not allow young children to use the internet unsupervised.  Good old cable, DVDs, or downloaded movies don’t have clickable buttons that can steer young viewers from age-appropriate shows.  Youtube is definitely my how to, go to, but I’m also not an impressionable elementary schooler that doesn’t understand that some adults are creeps who enjoy scaring children.

4. You have access to parental controls.  Use them often.

I am a huge fan of keeping kids innocent as long as possible.  Let them be little. There will be times when we need to run to the restroom and can’t multitask at the moment.  If you’re not internet savvy, ask someone for help. It’s important. You can go into the controls of your computer, tablet or smartphone and restrict the times your children use technology, the ratings and explicit shows and music they’re allowed to view as well as the kinds of things that may pop up while they’re watching.  You can also control if they can accidentally download new movies or shows without your approval.

5. Teach kids to tell us about potential dangers.

We have to be tactful and mindful about speaking to our children in an age-appropriate manner.  There have been recent reports of images being spliced into the middle of children’s shows, replacing kind characters with adults encouraging children to hurt themselves or others or threatening to do harm to children and their families if they tell about the altered video.  Children who are threatened in this manner may hold an overwhelming burden of feeling as if they need to keep their family safe. Teaching your children about the potential danger and assuring them that you will protect them should they be threatened, turns the child from being overwhelmed to becoming empowered.

Toddlers and preschoolers move quickly.  The internet moves faster. There are some people in this world that prey on the innocence of young children.  Long gone are the times when we are just worried about the danger lurking outside of our homes. If left unattended, we can unknowingly bring danger into our the hands of our children.   We not only have to keep up, but we also have to move at least two steps faster than our children and the internet they’re exposed to while they’re young. When limited and closely monitored, technology can be a great learning tool to introduce age-appropriate concepts.