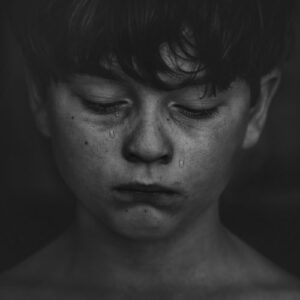 Bullying is a serious issue that warrants the immediate attention of all parents, school personnel and students.  For a long time, the gravity of the effects of bullying was dismissed as we used to believe that “kids will be kids”.  We’ve since grown as a society and now know better. We now understand that making a conscious choice to ignore bullying may hold both life-long and life-threatening consequences. So, let us explore the who, what, where, when and why of bullying.

What Exactly is Considered Bullying?

Stopbullying.gov indicates that “the current definition acknowledges two modes and four types by which youth can be bullied or bully others. The two modes of bullying include direct (e.g., bullying that occurs in the presence of a targeted youth) and indirect (e.g., bullying not directly communicated to a targeted youth such as spreading rumors). In addition to these two modes, the four types of bullying include broad categories of physical, verbal, relational (e.g., efforts to harm the reputation or relationships of the targeted youth), and damage to property.”

Let’s Look at the Stats

According to the National Center for Education Statistics, 1 in 5 U.S. students ages 12-18 have been bullied during the school year.

YouthTruth, a national nonprofit agency, analyzed data collected from nearly 80,000 5th through 12th graders across the country and found the most commonly reported forms of bullying are verbal harassment, social harassment, physical bullying and cyberbullying.

The National Center for Education Statistics further found that:

Current research further suggests that there is a strong link between bullying and suicide.  The CDC reports that suicide is the third leading cause of death among children, resulting in about 4,400 deaths per year.

What We’re Seeing in Schools 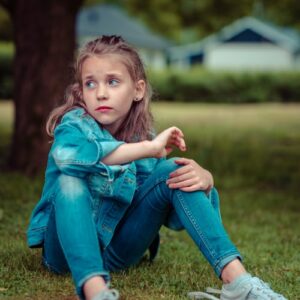 most incidences of bullying occur during the middle school years. It’s a hard time for our young learners.  It’s smack in the middle of the so-called awkward phase of physical growth and emotional maturity. Those of us who’ve directly worked this population of students often term them as big babies stuck in bigger bodies. They typically enter middle school lacking a great deal of self-confidence and if properly nurtured, will graduate more self-aware and self-assured.  Sixth-graders experience the most bullying among all school-aged children.

Stopbullying.gov found that 70% of school staff have witnessed some form of bullying on the school campus. 62% witnessed bullying two or more times in the last month, and 41% witness bullying once a week or more.

Here are the 5 ways to prevent bullying:

1  | If you see something, say something.

Bullying can only be prevented and/or addressed if it’s reported. We must teach children to get away from this protective code mentality of not telling or “snitching” when it comes to serious matters. Our children are being driven to harm themselves through dangerous means like cutting themselves or attempting and committing suicide. If that’s not a reason to report incidences of bullying, I don’t know what is.

The brain doesn’t fully mature until about the age of 25.  Children are ill-equipped to “handle it” by themselves. This isn’t an issue that we can leave them to resolve without guidance. Adults MUST step in and alleviate the pressure that builds from being a victim of bullying.  We teach children that it’s not nice to be a tattletale, so it takes a lot for a child to tell on their peers, particularly as they get older. As mature adults, we have to stop being dismissive by sweeping things under the rug.

I cannot stress this enough. I’ve been on both sides of the aisle on this one, folks. I’ve created school policies to prevent violence and coordinated anti-bullying programs at schools for students from prekindergarten through twelfth grade. Moreover, I’ve worked with parents to teach them how to advocate for themselves and their families.  Most importantly, I am also the parent of a child who was a victim of bullying and have felt like my concerns were not only not addressed properly, they were ignored.

I’m going to be completely honest. It’s one thing to be the professional in the suit with the fancy words lending your expertise to better create an anti-bullying culture within the school district you work. And, as much as you may love your job and students, you’re allowed a reprieve when the workday ends. It becomes next-level, as in Momma/ Poppa Bear instinct when looking into the teary eyes of your own child who’s being harassed at school you presume to be their safe space.

In either case, documentation is key. Whether sitting on the fancy school leadership committees or in court testifying as an expert witness on behalf of the districts that contract with my company or as a parent who is advocating for my own child, documentation matters.  Parents get emotional when it comes to their children, as they should. Kids complain, parents complain, teachers complain. Everyone has a “side” when things go wrong. The mix of emotions may lead to us vs. them exchange instead of a more productive “let’s fix this” meeting.  Bringing a summary including dates, notes outlining each incident, parent communications and school responses will help all stakeholders see that a pattern of harassment is truly occurring. This approach will likely elicit a swifter response by the anti-bullying team than would a meeting of emotional accusations being hurled from side to side.

4  | Know your rights and the rights of your children too.

Your child has the right to feel safe in their learning environment.  One of the most important components of a good school is being a safe school where children are provided with a nurturing environment that positively regards their emotional, mental and physical safety.

Children should not feel threatened, harassed, intimidated or bullied by any child or adult while at school, on the bus to-and-from school, or when attending school-sponsored events, trips, etc.

Every school should have a Bullying Coordinator. The person’s title may differ from district-to-district or state-to-state but the job responsibilities are similar.  They are the person who works at the school that is tasked with preventing and addressing incidences of bullying. Good schools have defined anti-bullying policies and violence prevention programs in place to create a district-wide culture emphasizing the importance of student safety.

If the school is unresponsive or doesn’t take appropriate measures to intervene, then there is a chain of command in place. Always try to work with the teachers and administrators first, as they work with the children on a daily basis.  The next point of contact would be the office of the superintendent, as they oversee all of the schools within a district. The next level would be the county or regional superintendent’s office followed by the state’s Department of Education.

There are also organizations that aim to help families navigate the process.  If the child has documented disabilities and has an IEP, or individual education plan, they then fall into what is called a “protected class’ there are additional laws and teams in place to ensure that they are not discriminated against or bullied because of their disability.  There are parent advocacy networks in place to help parents stand up for their children’s rights. Having worked with various districts throughout my career, I have seen firsthand how parents benefit from having an advocate attend meetings with combative school personnel. There are also Educational Law Centers that specialize in representing families who believe their child’s educational rights have been violated. 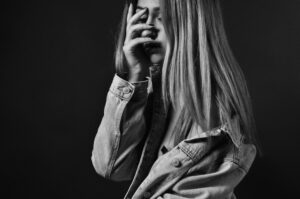 Bullying is everyone’s problem. Accordingly, the prevention and reduction of incidences of bullying must be a top priority for all parents and educators.  It’s important to be clear on identifying what bullying is and to know how to attentively respond to incidences without being dismissive. Documentation alleviates stakeholders from sifting through emotional and verbal ramblings and forces them to deal with issues head-on.  Finally, there is a protocol chain in place to eradicate bullying and school violence that includes working directly with school personnel, partnering with an advocate and ultimately seeking legal action when problems are not addressed.