We all know the pains of trying to a child to eat those greens they despise so much. However, British food writer Bee Wilson says there may be hope after all. In her new book First Bite, Bee draws on research from neuroscientists, nutritionists, and food psychologists and finds that there are many factors that make up our love for certain foods and why we are repulsed by others. Things like family, culture, memory, gender, and hunger. She writes, “our food desires are mainly the product of memory.” For example, if your child gets a great grade on a test or project, you may take them out for ice cream. Ice cream is now connected to a loving tradition shared by parent and child. 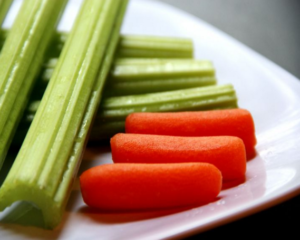 esses the familiarity aspect of food. Things like foods your mother ate before you were even born and the foods you grew up on have a strong effect on your inclination towards them as an adult. Healthy eating habits are important to learn as a child because it is easier to create a liking for certain flavors while you are developing. Although learning as an adult, as Wilson did herself, is not unfeasable either. It is about making the new foods a treat for your body, not something you force yourself to eat because you have to.  As a mother of three, Wilson learned how to almost perfect the art of feeding her children vegetables.

Food writer Darya Rose also gives her advice on the subject. Rose is a neuroscience Ph.D, author, former dieter and self-proclaimed proud foodist. She has combed through scientific literature and compiled tips from parents around the world looking for the secret to helping their kids to eat well.  Rose and Wilson agree, consistency and persistence from parents is key. Through a combination of steps listed below, your child can learn to enjoy a variety of healthy foods.

The foods a mother eats the most during their pregnancy will become extremely familiar to her child. After the child is born, they will continue to respond positively to the foods they were exposed to during the pregnancy because they are familiar. The same is true during the stages of breast feeding. In fact, a 2001 Monell Chemical Senses Center study found that children of mothers who drank carrot juice during the last trimester and while breastfeeding preferred cereal flavored with carrot juice when being introduced to solid foods.”

Wilson talks about research that suggests that babies are most open to trying new flavors during the ages of four and seven months. This is the easiest way to begin to open your child’s palate to a wide variety of healthy and exotic foods. This, as she calls it, “flavor window” is the perfect opportunity to familiarize your child with different flavors that they are likely to accept at this age. But is not the only opportunity parents have.

This slow and steady approach can help your child acclimate to the new taste overtime. They are not forced to eat a large portion of the food that may make them gag, rather they feel accomplished when they finish their small portion of the new food. They will actually begin to desire more overtime as they get used to the flavor.

During Rose’s research she found that children who initially reject a certain food must be exposed to it at least 8-10 times until the food can begin to be accepted. She suggests implementing the “one bite rule” where a child must try at least one mouthful of the food when it is served. Familiarity with the food will slowly be formed and the rejected food becomes the accepted food. 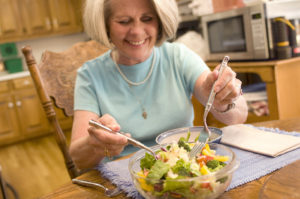 Children are heavy social learners and parents can use this to their advantage during many states of adolescence. Wilson did something clever with her daughter who despised green vegetables. She would take her favorite baby doll, sit him at the table and put a plate of green beans in front of him. She would pretend these were his favorite type of food and feed them to him on a daily basis. After a few days her daughter wanted the green beans more than anything and was begging to have them on her plate as well. This can be done with a sibling or even a babysitter, someone your child looks up to and finds important in their life.

It is equally important that your child sees you eating a variety of healthy foods. Placing an importance on vegetables as a key component in each meal will help your child to become comfortable with them. Rose says “kids eat what they know, and they won’t ask for a special meal if they do not know it is an option.” 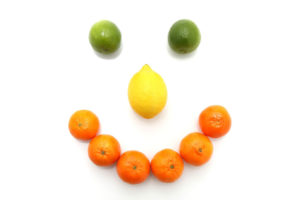 Kids spend a majority of their day playing pretend. Why not introduce this fun activity into their eating routine? You can introduce challenges and games into your child’s vegetable routine such as pretending they are a dinosaur and the broccoli pieces are trees. Arrange their foods in a pattern on their plate like a smiley face or an animal. This is a great way to make mealtime fun and avoid having the entire plate thrown on the floor.

You can also try getting them involved in the cooking process. Show them how to grow their own vegetables, take them food shopping, and prep meals together. This turns meal time into an experience they look forward to and something they have a part in.

Avoid being the authoritarian in your feeding style. For example, demanding your child to clear their plate and not allowing them to leave the dinner table until they do so. This can actually make your child less responsive to their own hunger cues—delaying the use of their own judgment about when to stop and when to start eating. A negative experience will be associated with that food and could turn them away from it forever, even increasing their picky eating habit.

Instead, Wilson recommends an authoritative style of feeding, which she describes as placing high demands on your child to eat well by providing nutritious home cooked meals, but being respectful to your child’s requests and needs. Avoid being overindulgent and giving in to their every request for sweets and snacks. In short, try not to force your child to eat vegetables, but do not leave them out of the meal plan all together.

Children are often rewarded with stickers and small prizes when they accomplish something, like when they go to the dentist or complete their homework. Why not use this method with trying new foods? Rose found that rewarded children with something like a sticker after having one bite of a rejected food made them more likely to try the food again and feel positively about the experience.

Rose notes that some children will be more difficult than others. But if you can remain consistent, it will be easier to change a picky eater in their youth. Do not get frustrated and do not give up. Patience is key, but if you can continue to create positive experiences around food and introduce different foods using the tips above, you and your child will be thankful later on.