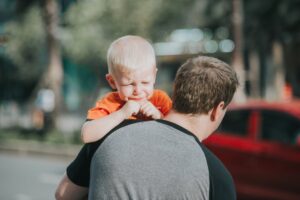 I’ve recently become more active in parenting facebook groups, lending advice to expecting and new parents. This morning, I stumbled upon a post and had to do a double take, where I couldn’t help but lend my expertise because the poster said she was only venting but seemed almost desperate in their post to the group. The post stated the mom’s feelings were hurt because her three-year-old son told her that he doesn’t like her and he would prefer to reside with his estranged father. She also revealed that she had a one-month-old newborn.  One commenter reply was that the kid is three and the mom should just get over it.  I thought to myself, this mom is reaching out to a group of strangers seeking advice on how to get your kids to stop saying they don’t like you.  It really resonated with me I felt like she was sincerely asking for help in what she hoped was a safe space.

The crazy thing about having a background in child development is you just can’t turn it off.  So, I couldn’t help myself, I just had to comment.  I said,

Since your son lives with you full-time, you provide him with the love and structure he needs.  Kids need structure but don’t always like it. He’s just trying to “escape” to where he thinks won’t be as structured.  Try not to take it personally because, at 3, he can’t differentiate between love and like, structure and chaos.  Just keep telling him that you love him and like him. Try not to react if he says he doesn’t like you.” 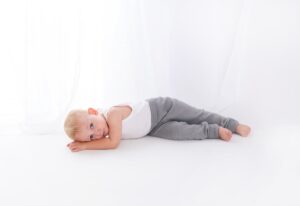 My Child Says Mean Things to Me,

What Should I Do?

4 Ways to Get Your Child to Stop Saying They Don’t Like You.

1. Try not to take it personally.

I’m typically not an overly-emotional person. Insert anything involving my children and cue the waterworks. I’m sure the mom’s feelings were hurt when her son said that he didn’t like her.  I won’t imagine pretending to be able to comprehend the depth of that hurt, so I personally don’t think it is fair to tell her to just get over it, particularly when she is one-month postpartum. However, I think it is important to understand that young children oftentimes say things they don’t understand. They may repeat what they’ve heard without understanding context.

Realizing that your child may be mimicking and not expressing their true feelings, it is important to keep things in perspective and turn the incident into a teachable moment for your family.

2. Identify when the behavior occurs.

The Facebook user mentioned that she also has a newborn. If the three-year-old tends to say that he doesn’t like mom mostly when she is busy with the baby and mom stops taking care of the newborn to interact with the older child, he may have learned that hurting mom’s feelings will make her stop paying so much attention to the new baby.  Have you ever heard of negative reinforcement?  Negative reinforcement occurs when something is removed as a result of a person’s behavior. Said behavior increases in the future because it leads to a favorable outcome.  In this case, the following occurs:

Taking a step back from the situation in order to assess what occurs before, during and after the child says he/she doesn’t like mom or dad allows for a clearer path to identify potential triggers.

Hearing your child say they hate you or don’t like you has got to feel like nothing short of a swift kick in the gut. I don’t care how many children you have, how educated you are, what your professional title might be or how many parenting magazines you’ve read.  Nothing prepares a parent, especially one who envelops their child with love, to hear those words from their little one. The initial reaction is likely for one to be taken back. And, that’s okay. We parents are humans. We have feelings and the ones we love most, even our children may sometimes hurt our feelings.

The key to turning this whole thing around is how we respond to their words and/or actions. If you need a moment to collect yourself, take one.  Do not immediately react to what they’ve said.  Your initial reaction may be to show that you’re upset or respond to the child. Chances are, they are either waiting for your reaction or they have no clue what they have said, and how hurtful it may be until they see your reaction.  Regardless of what their mouth says, they look up to you, like you and love you.  Accordingly, they will feed off of your response. It’s up to the parent to take control of the situation by calmly responding in order to correct the behavior; thereby minimizing and ultimately eradicating future behavior. For example, the parent might diffuse the situation by sitting with the child at his/her eye level and:

Now that you’ve taught your child the consequences of undesirable behavior, he/she may now think you don’t like him/her since they did something you don’t like.  This is your opportunity to make sure that your son/daughter feels your unconditional love.  After the situation has blown over, you can turn what he/she has learned from you as a vehicle to strengthen your bond. Saying something like, “I not only love you with all of my heart, I like you with all of my heart too.”  Your sweet child will likely be beaming from ear to ear from knowing you’ve not only forgiven him/her but also be assured that you like him/her.

When excitedly planning gender reveals and baby showers, parents don’t ever think their may be a time when their child may intentionally direct hurtful words their way. Your child saying that he/she doesn’t like you may be a power move on his/her part to teach you a lesson. Instead of playing into your own hurt feelings or the child’s potential attempt to get you to engage with them, there are positive ways to change their behavior. 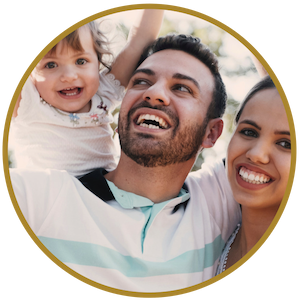